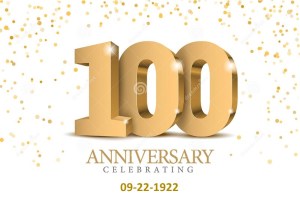 Celebrating 100 Years of Service to the Community!

Industrial Mutual Association, it’s a name associated with some of the most iconic people and places in the Flint area’s history.  And while the scale and scope of its services has changed since the organization was formed in 1922, as we celebrate its 100th anniversary, the organization remains very much focused on its original mission of providing recreational and educational activities to the community.  Only now, that focus has narrowed primarily to the game of golf, namely through the IMA’s ownership of the IMA Brookwood Golf Club in Burton and operation of First Tee Eastern Michigan golf instructional program for youth.

Golf was just one part of the IMA’s portfolio when the organization bought Brookwood Golf Club in 1963.  By then, the association had constructed the IMA Auditorium in downtown Flint and an athletic field adjacent to the auditorium.  Additionally the IMA constructed what is now the Dort Financial Center on Center Road in 1969.  The facility originally served as the home to the Flint Generals hockey team and is now the home of the Flint Firebirds hockey team of the Ontario Hockey League.

For years, the IMA offered youth and adult hockey, baseball and softball programs throughout the community and opened Safetyville U.S.A., which taught children traffic and automobile safety.

Some of the biggest names in Flint’s auto industry’s history were behind the IMA’s formation including J. Dallas Dort, Charles Stewart Mott and Walter P. Chrysler.  Through their hard work, IMA offered recreational and educational opportunities for workers including the evening Auto Trade School which later became the Flint Institute of Technology which later developed into General Motors Institute, now known as Kettering University.

Today with a new name and a renewed mission, the IMA Recreation Association is adding new chapters to its rich history as a diversified employee benefit association. As a self-supporting 501 (c) 3 non-profit organization, IMA continues to operate IMA Brookwood Golf Club and First Tee Eastern Michigan.  The IMA is proud of its heritage and the support that generates dynamic recreational programs and special events for our community.